JANSEN hipress is a patented borehole heat exchanger with a pressure rating of up to PN 35. It provides the answer to the demands made on people, material and machinery when installing these systems at depths of up to 500 m and at the associated higher temperatures. The high-pressure borehole heat exchanger also has a low hydraulic resistance, minimised installation diameter, high thermal transfer and absolute diffusion resistance. This product sits at the very top of the market.

“The use of ground heat is particularly sustainable. The concept is simple - the deeper the borehole, the higher the available temperature. However, the forces acting on the probe also increase with depth,” said the jury for the German Innovation Award. Drilling geothermal boreholes, also at increasingly greater depths, is an established practice in Switzerland. Conventional solutions cannot meet these challenges except by having an increased wall thickness, which results in poorer heat transition, greater pressure loss and higher costs. “The innovative JANSEN hipress has the lowest hydraulic resistance and is currently the most powerful geothermal probe on the market. And that’s also without having to increase the installation diameter, which has a positive effect on borehole costs,” said the jury in declaring its decision to make JANSEN hipress the evening’s award winner.

Find out more about the JANSEN hipress borehole heat exchanger

JANSEN hipress: The most powerful borehole heat exchanger in the world

The JANSEN hipress borehole heat exchanger was awarded the “Gold” German Innovation Award 2019 by the German Design Council. The plastic borehole heat exchanger is noted for the slenderness of its pipe walls in installations at depths greater than 200 m. This has enabled Rheintal-based Jansen AG to claim a pioneering role in the ground heat market with respect to safety, connection techniques and diffusion resistance, and takes the company a step closer to becoming the global market leader. JANSEN hipress was developed in cooperation with the University of Rapperswil (HSR) as part of an Innosuisse (formerly KTI) project. 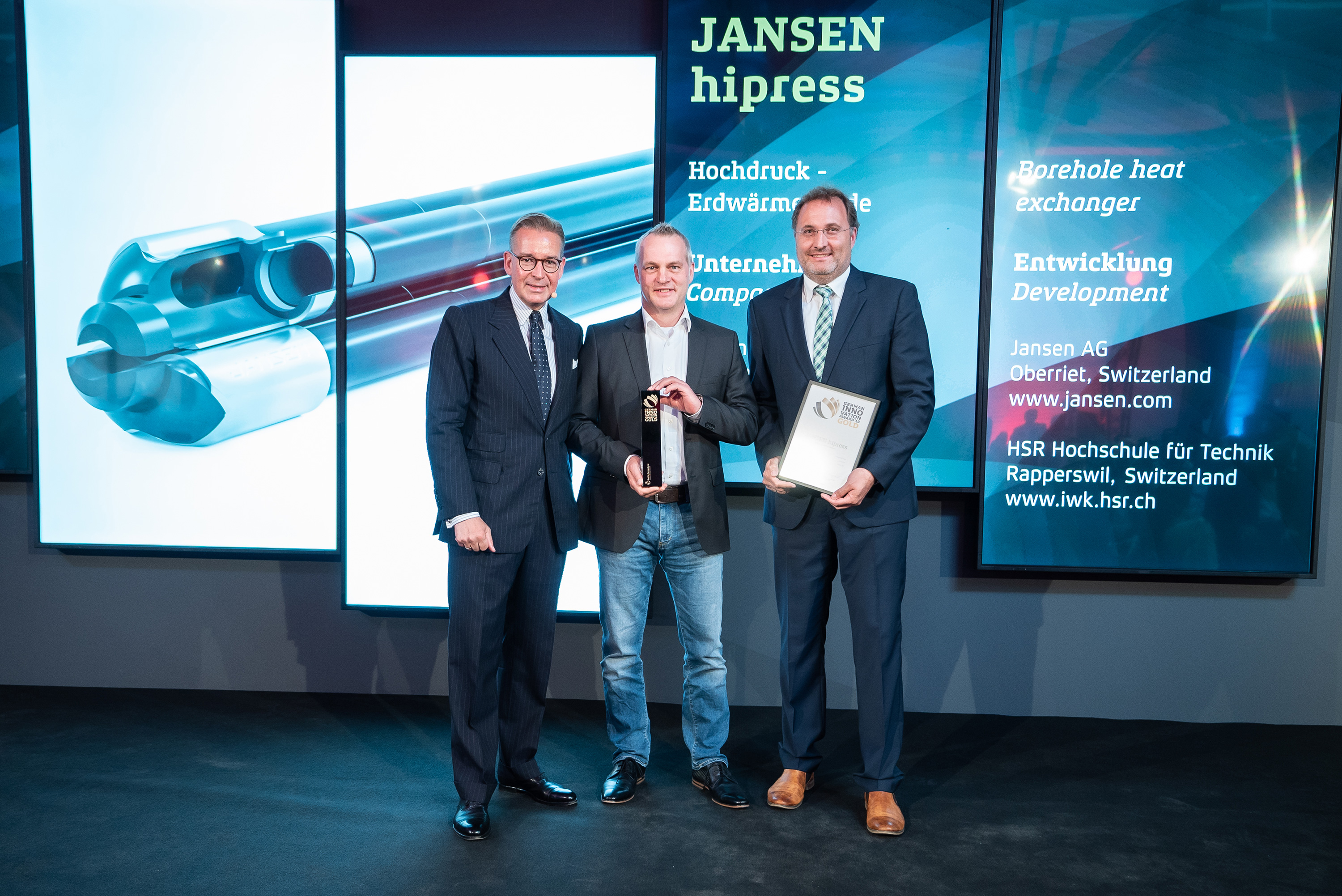