The “new” Gare Maritime has just been presented with the ARC20 Architectuur Award. The jury was impressed with the way in which Neutelings Riedijk Architects are contributing to the revitalisation of the district by converting the warehouses of the former freight depot into a modern urban precinct featuring offices, shops, restaurants and a great deal of public space. They feel that this is a good example of sustainable development in architecture: “We didn’t bestow the project with this award due to the cosmetics changes made, but rather for the application of a great many innovative features,” as was stated in the jury’s report. The self-supporting steel and glass façades, which are attached to the pavilions' wooden structure at just two points by means of struts, are undoubtedly just some of the innovative features. The pavilions’ new glass façades have been manufactured in line with current requirements, utilising the thermally separated VISS façade.

Giving consideration to the historic nature of the architecture, the basic structure of the warehouses has been kept intact – workspaces, shops and catering facilities are accommodated in a total of twelve pavilions that Neutelings Riedijk Architecten has integrated into the large space. Five of the pavilions have been grouped on each of the west and east façades of the outer large halls, with two smaller pavilions located at the southern gable. The pavilions have been designed as wooden structures and are fully glazed from the second floor to the gable ends. Lootens Deinze NV, headquartered in Deinze, Belgium, produced the glass façades – each of which has a surface area of 215 square metres – as self-supporting lightweight steel structures from the highly heat-insulating Jansen VISS steel profile system. As the historical structure is not permitted under any circumstances whatsoever to bear any weight, the curtain wall rests on the ceiling beams of the second floor and is connected to the ceiling of the third floor. In addition, it is only connected to the wooden structure at two points via struts. Additional stability is provided by offsets in the corner areas and entrances that are set back slightly into the building. 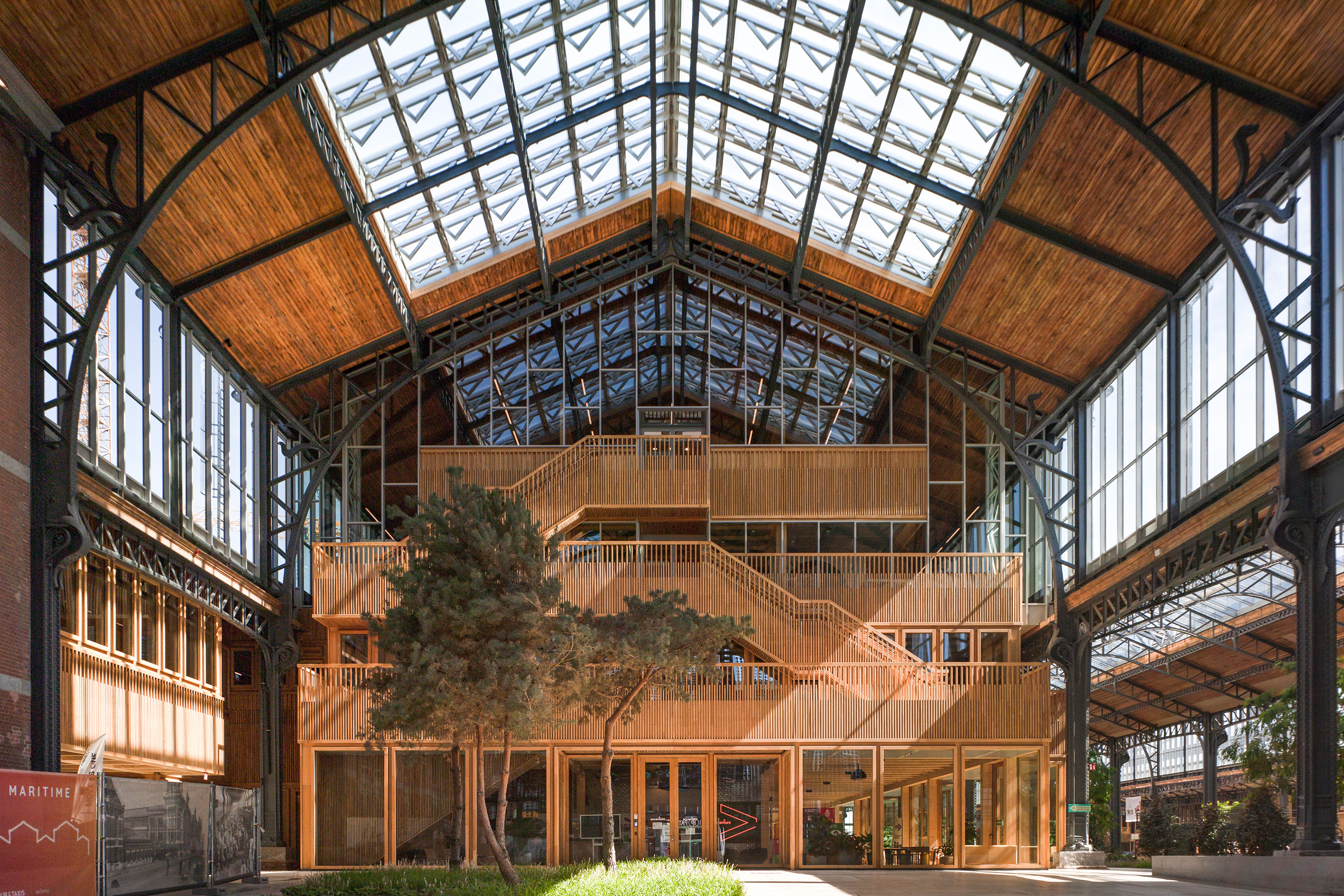