The relatively new boutique and design hotel Paragon 700 pays homage to the history of its location. While on holiday in Ostuni in Apulia, Italy, a few years ago, interior designer Pascale Lauber from ID Living and her partner Ulrike Bauschke fell in love with the only splash of colour in the otherwise pure white city. Over several years of work, they managed to transform the elegant red palace dating from the 18th century into a small luxury retreat. A custom-made product consisting of Janisol profiles helped them to realise their very unique style.

The owners immediately noticed that the stones on the façade of the Red Palace are reminiscent of a diamond. One of the largest diamonds in the world is known as the «Paragon». Since their jewel of a building is located between the 700th and 800th district of Ostuni, the name «Paragon 700» was quickly born. Given the fact that it also has the largest private garden in the city, the compact building painted in Pompeian Red is a unique focal point – an oasis in the heart of the city. Historically, it was the centre of the social and cultural scene until the 1970s. It was at that time that things fell quiet around the building. That is until just a few years ago, when the two women discovered the empty building for themselves and gave it a new lease of life. In order to preserve the history of the building, the earliest parts of which are thought to date back to the 17th century, while at the same time creating a luxurious ambience, they renovated the entire building and made various modifications. The renovation of the Palazzo Rosso took three years. As part of this work, the distinctive cathedral ceilings were reconsolidated and today these play a key role in creating the atmosphere of monastic tranquillity in the rooms. 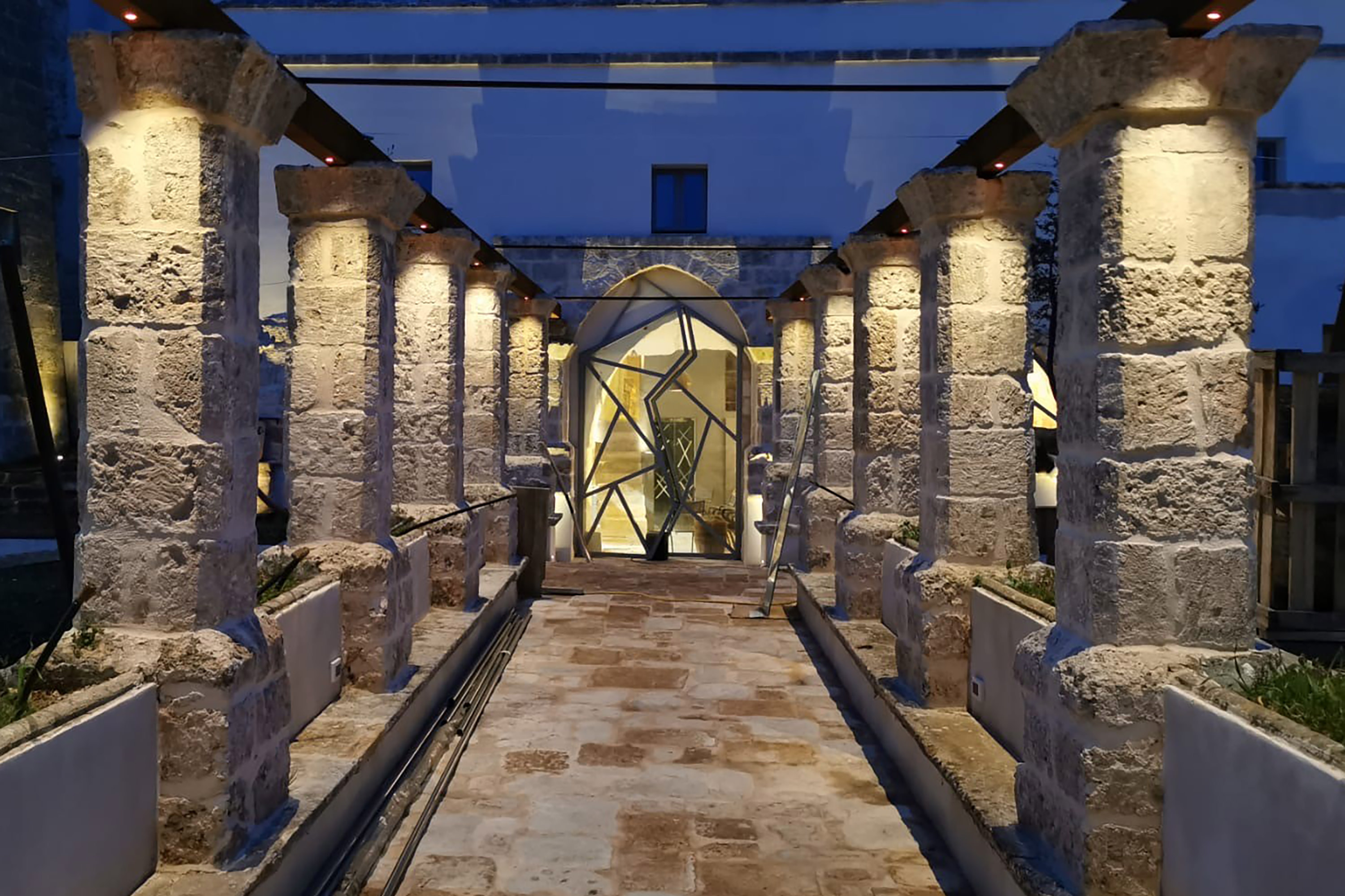 Traditional craftsmanship such as monastery doors and majolica tiles have been preserved and highlighted. Additional treasures were also revealed, such as unique neoclassical frescoes that were uncovered when the wall paint was removed from the interior rooms. The palace’s former water cistern, seven metres below the ground, has been completely redesigned and is now the location for an exceptional spa offering a wide range of treatments.

The owners’ great creativity and attention to detail are evident everywhere. All eleven rooms and suites are individually furnished and decorated. Antiques and furniture from different cultures are stylishly combined with contemporary design pieces and works of art. However, in order to elevate a building like this to the level of a luxury hotel, a large number of practical adjustments needed to be made to the building. Here too, the owners were able to indulge their love of design. This can be seen in the windows and the door to the restaurant, an old stone hall with a vaulted ceiling, leading onto a terrace. For these, Pascale Lauber designed asymmetrical profile shapes with sash bars, evoking the appearance of a diamond. They were manufactured using theJanisol steel profile system. By choosing to use Jansen’s product, Pascale Lauber opted for a design-friendly, thermally separated profie and chose to work with, in her words, the «world leader» in this sector.
The steel profile system makes it possible to economically manufacture individual pieces or small batches, such as arch windows, static reinforcements or design variants using commercially available steel profiles. The powder coating made it possible to adapt the colour to the elegant interior design of the surrounding area. At the same time, the highly insulating profiles meet the requirements for sustainable and environmentally friendly running of this semi-public space. After all, «green» hospitality and sustainability are particularly important to the owners. With this approach and the appropriate tools, the empty palace has once again been transformed into a precious jewel that meets the highest standards. (NS) 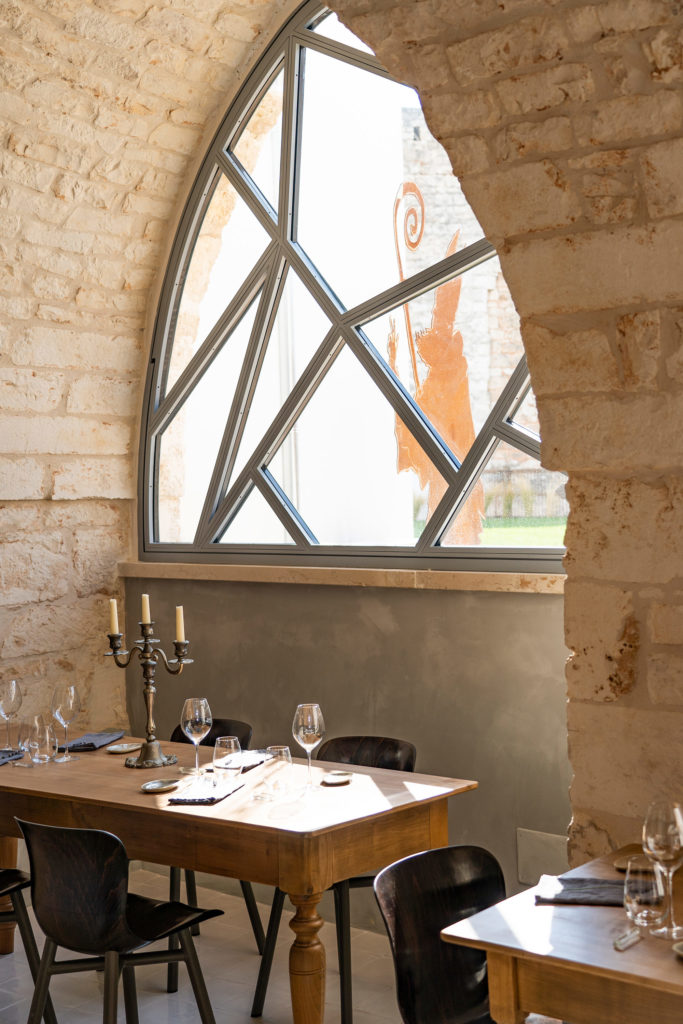 With their special geometry, the highly insulating Janisol profiles are reminiscent of a diamond and meet the requirements of sustainable and environmentally friendly renovation. 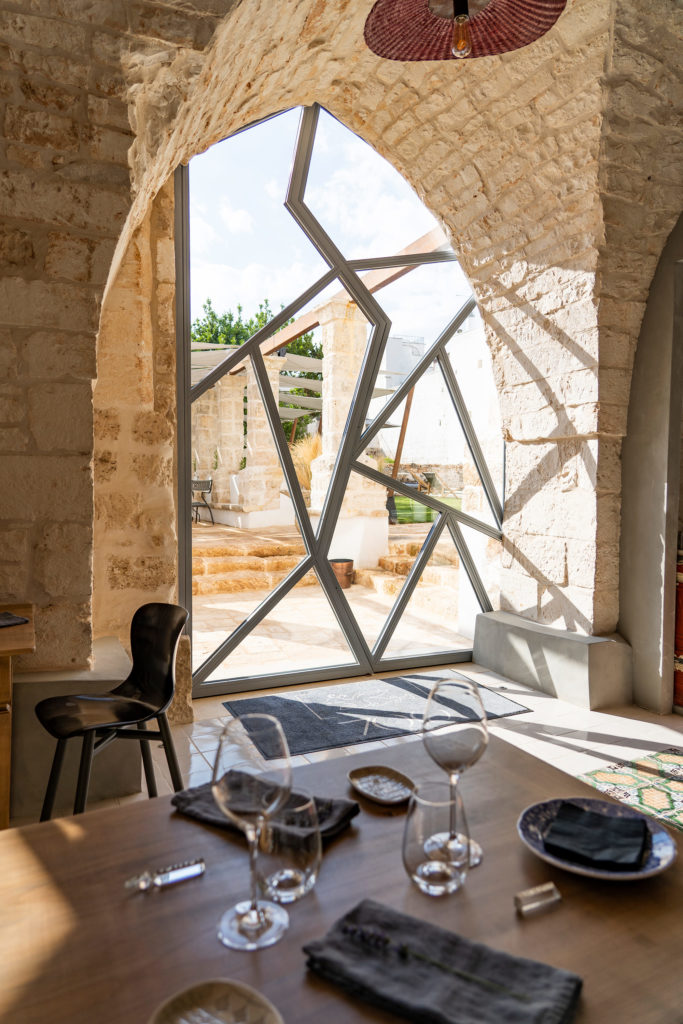 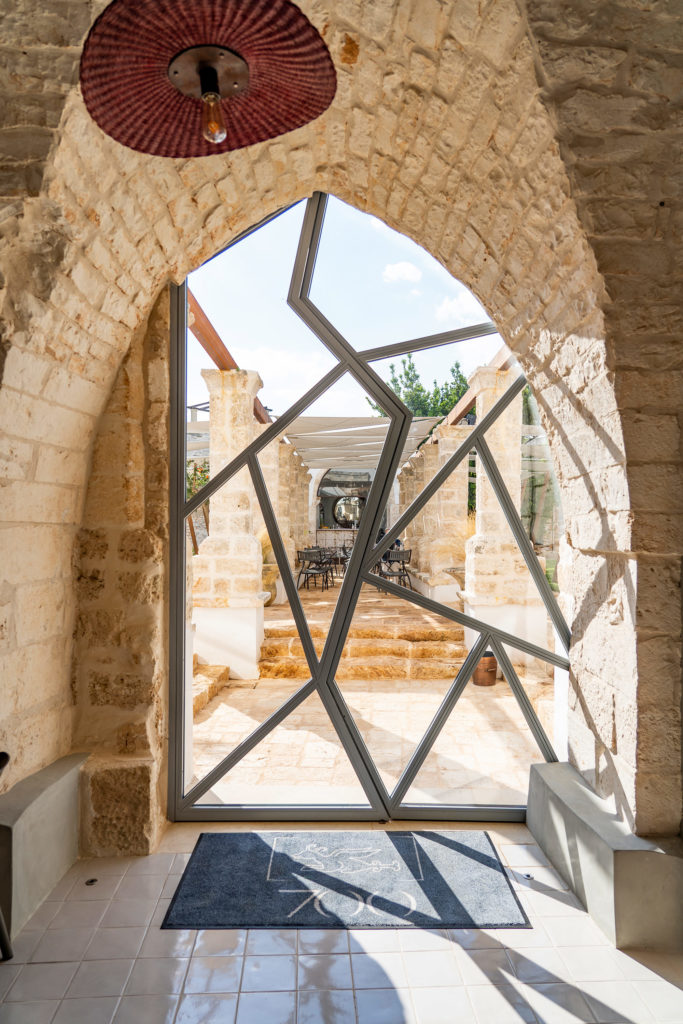