A window into history

From office to living space. Just off Piccadilly Circus in London, the “27 Regent Street” project is a successful example of how existing buildings can be made sustainable with modern window and façade systems – and how this can result in a very special living experience.

Regent Street is one of the most famous shopping streets in London. It sits with the likes of busy shopping streets such as the Champs-Elysées or 5th Avenue. Like the wide boulevards in Paris, Regent Street came from the drawing board and was also an urban intervention. At the start of the 19th Century, architect John Nash broke away from the existing, narrow medieval structure of the city to create a grand ceremonial avenue for the Prince Regent and later King George IV. The outstanding architect of the Regency period completed numerous ambitious construction projects and gave the centre of London a new, classicist appearance.

To date, most of Regent Street has been owned by the Crown. However, virtually all of John Nash’s buildings that were constructed in the 1920s have been replaced by Neo-Baroque style buildings. Most of these façades have listed status (Grade II), but modernisation of the existing building has many facets here, as can be seen in 27 Regent Street. The priority was to create a sustainable building envelope which did not necessarily require reconstruction of the fenestration that was true to the original. Nevertheless, the old windows needed to be adapted in keeping with the old style as far as possible. For the richly structured façades of this existing building, the small-sectioned division of the existing façade openings was critical for the compatibility of the façade architecture with the replacement fenestration.

The architects opted to update the large window areas in keeping with the style using a steel profile system which was developed by Jansen, originally for the renovation of its own industrial building. The extremely slimline Janisol Arte profile system – it has profile face widths of just 25 to 40 millimetres with a basic depth of 60 millimetres –still easily meets thermal insulation regulations, even for the conversion of the existing building into living space. And in places where there are increased sound reduction requirements, such as here with certain window axes that face towards Piccadilly Circus, these can be met with a double window solution. For structural reasons, Janisol Arte was combined with Janisol Primo for the window doors measuring over 220 centimetres high. Both profiles have the same basic depth. The slimline Janisol Arte steel profiles span a fine network in front of the large windows and thereby pleasantly connect the inside with the outside. Modern standards in terms of sound reduction and thermal insulation do not need to be neglected here. If it is possible, as it was in this project, to avoid the risk of dissonance that inevitably results from historically unsuitable windows – to this end, the window component is simply too critical for the aesthetic overall effect of the architecture – then nothing stands in the way of the sustainable use of existing structures.

The architects opted to update the large window areas in keeping with the old style using steel profile systems. 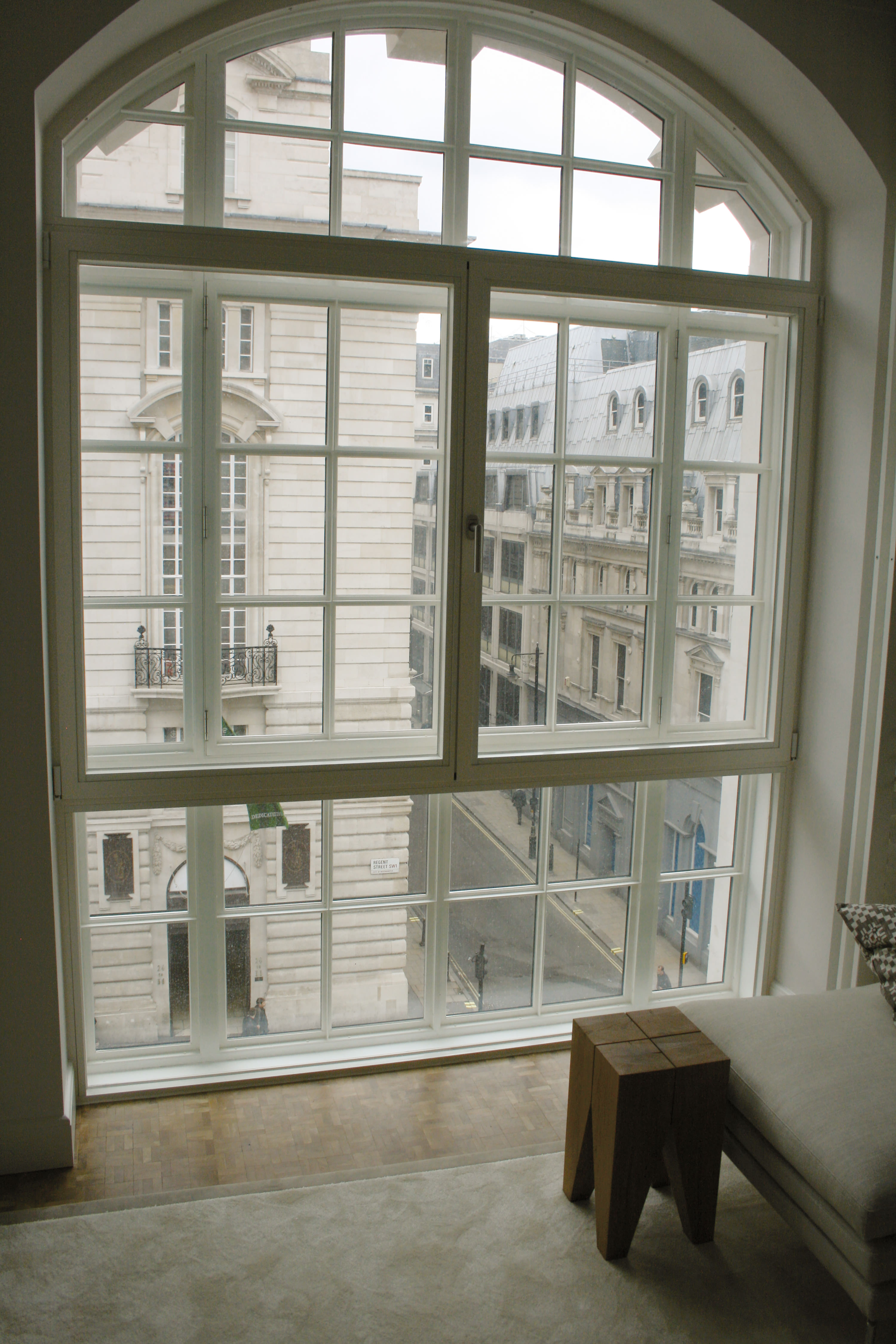